Legal maxim: 'He who fails to assert his rights has none'.
'Rex Non Potest Peccare',
Meaning "The King Can Do No Wrong"
Crown Private Person/Man Private Property
Crown immunity, or Sovereign immunity, is a legal doctrine whereby a sovereign or ​state cannot commit a legal wrong and is immune to civil suit or criminal prosecution, strictly speaking in modern texts in its own courts. A similar, stronger rule as regards foreign courts is named state immunity.
In its older sense, sovereign immunity is the original forebear  of state immunity based on the classical concept of sovereignty in the  sense that a sovereign could not be subjected without his or her  approval to the jurisdiction of another.
There are two forms of sovereign immunity:


Immunity from suit means that neither a sovereign/head of state in person nor any in absentia or representative form (nor to a lesser extent the state) can be a  defendant or subject of court proceedings, nor in most equivalent forums  such as under arbitration awards and tribunal awards/damages. Immunity  from enforcement means that even if a person succeeds in any way against  their sovereign or state, they and the judgment may find itself without  means of enforcement. Separation of powers or natural justice coupled with a political status other than a totalitarian state dictates there be broad exceptions to immunity such as statutes which expressly bind the state (a prime example being constitutional laws) and judicial review.
Furthermore, sovereign immunity of a state entity may be waived. A state entity may waive its immunity by:


In constitutional monarchies the sovereign is the historical origin of the authority which creates  the courts. Thus the courts had no power to compel the sovereign to be  bound by them as they were created by the sovereign for the protection  of his or her subjects.[citation needed] This rule was commonly expressed by the popular legal maxim rex non potest peccare, meaning "the king can do no wrong".[1]
Crown Immunity
Crown Private and Immunity
​
ROYAL ASCENT ANNOUNCEMENT - DECLARATION AND DECREE - 31 MAY 2020
public announcement - 24 september 2018 - godzone credit exchange
DESIGN IN PROGESS 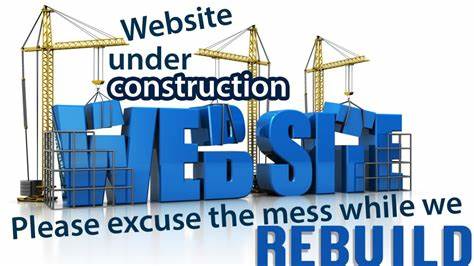 This Website is MY STORY [Mystery] of  [:Gavin-John: :Marsich:®©™℗, aka; :Ariki-nui-Kawenata: :Crown:®©™℗] of the House of :Marsich-Crown:®©™℗ and our Kin-dom and Kingdom [Matamuatanga] in common/natural law and universal lore sui juris suveran authority. Let NO Man have authority over us but our Supreme Creator, Sovereign Authority YAH-shah, IO Matua Te Runga Rawa. It is a continual WORK IN PROGRESS and is continually updated on a weekly basis. It is NOT used for the intent to usurp anyone elses power [Mana] or private capacity. It is for PUBLIC NOTICE and HOUSE OF RECORD of our Sovereign De Jure Independence as a Nation of peaceful people. My reference to our Supreme Creator is MY PERSONAL and PRIVATE interpretation and journey in this timeline and does not reflect on anyone elses beliefs. If you are offended when you peruse my wbsite, please STOP reading and EXIT NOW. Peace Be With You Always.
:MARSICH-CROWN-KINGDOM:®©™℗
:Universal-Lore-Registered-Copyright-Trademark-Name-Patent:®©™℗ 2020 - All-Rights-Reserved
Powered by